Land of Legends Within Ankara, Turkey

The land of whirling dervishes, the Trojan horse, the underground cities of Cappadocia and the charismatic founding statesman Kemal Atatürk, Turkey is rich in culture and lore. While İstanbul, lively and cosmopolitan, straddles Asia and Europe, it is Ankara that embodies a sense of the country’s ancient and modern history.

Turkey’s second-largest city offers a range of opportunities for you and your traveling companions to immerse in authentic lore: the State Opera and Ballet; the Presidential Symphony Orchestra; and an array of museums focused on topics from artillery and aviation to meteorology and land surveying, postal services and telecommunications. But three specific attractions present a real sense of Turkish tradition: the Old Town clustered around the ancient Citadel, the Museum of Anatolian Civilizations and the enormous hilltop Anıt Kabir mausoleum of the country’s larger-than-life founder, Mustafa Kemal Atatürk.

While modern office buildings and trendy boutiques and cafés prosper in the Çanikaya and Kavaklidere districts, sightseers can head toward Ulus, the older part of the city. Dating back to the seventh-century Byzantine age and overbuilt on 3,000-year-old Hittite ruins, the imposing pentagon-shaped Citadel (Hisar) serves as an ongoing symbol of the town. Incorporated into its inner and outer rampart walls, stones with traces of Greek and Roman script indicate the fortification may have been built in haste 10 centuries ago to protect the city against Arab invaders. Entering through the Finger Gate (Parmak Kapısı) and heading straight ahead toward the center, up a steep slope you come upon the Eastern Tower (Şark Kulesi). Climb this newly restored favorite spot for kite flyers to get panoramic views. Nearby Alâeddin Camii is the city’s oldest mosque, with an attractive arched exterior.

Within the ramparts lies the picturesque Old Town (Haamonii) of winding cobbled streets. While gentrification gradually supplants its ramshackle charm, the neighborhood retains the atmosphere of a traditional Turkish village, with women sorting skeins of wool and patrons sipping coffee at street-side cafés. Elaborate Ottoman mansions have been converted into restaurants, coffee shops and boutiques. On Art Street, shoppers can browse at the handicrafts market where local women sell rough leather handbags, colorful crocheted blankets, vivid patterned carpets and elaborately embroidered handkerchiefs. You can visit the interior of one of the typical houses; the home of famous Turkish poet Mehmet Akif Ersoy, located not far from his statue stationed in the middle of the central square, has been converted to a museum and archives. 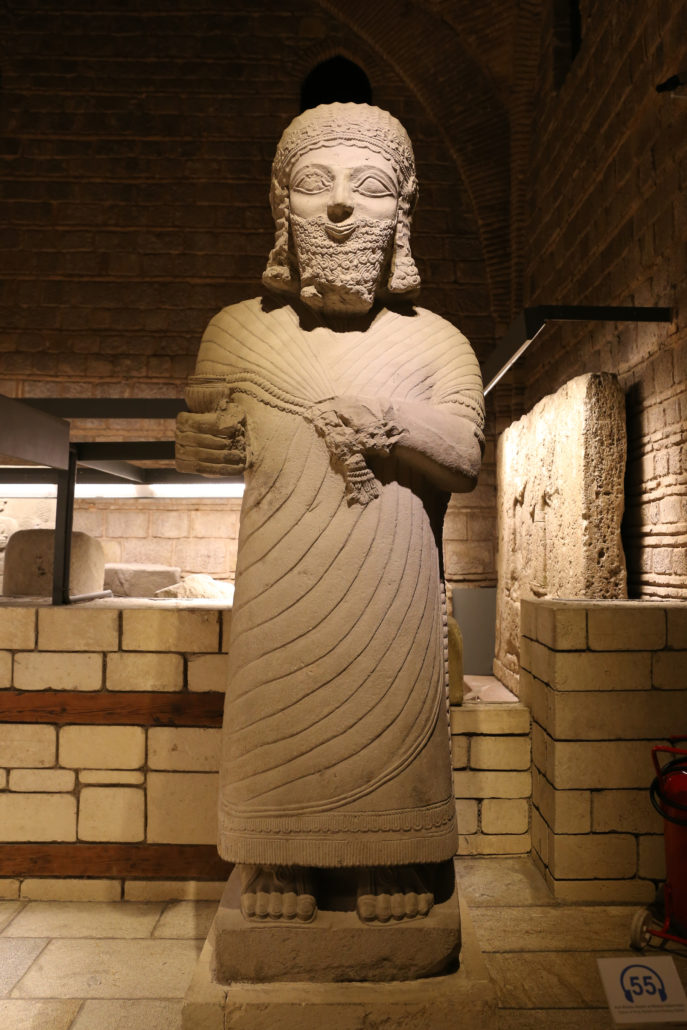 Also nearby, in a restored 15th-century covered market, or bedesten, stands the acclaimed Museum of Anatolian Civilizations. Exhibits displayed in chronological order and with English captions trace the history of every major civilization that played out in this region, such as Paleolithic bone fragments and primitive stone tools, Neolithic mother goddess statues, Hittite stag sculptures and Roman coins. The remains of a 9.8 million-year-old monkey discovered here — named Ankarapithecus after the city — testify to the region’s importance since prehistoric times.

In contrast to the ancient artifacts, an imposing mausoleum honors the “Father of the Motherland,” the country’s iconic founder. Kemal Atatürk first rose to prominence during the War of Independence. After organizing resistance and winning battles that expelled Greek forces, the charismatic hero of Gallipoli emerged to create a Turkish nation. Assuming the name Atatürk, meaning “Father Turk,” he set about introducing reforms and creating a modern state. Ankara, at the time a dusty village on the steppes, occupied a secure location. After declaring it the capital, Atatürk developed it into an urban showcase intended to impress the rest of the world. A center of universities and foreign embassies, the city was constructed in the Fascist monumental, symmetrical, cut-stone architectural style exemplified in his colossal memorial, built 1944–1953, and considered the ultimate monument of the era.

Anıt Kabir sits on a hill within a park planted with trees and flowers donated by countries from around the world. Visitors approach via Lion Road, an 860-foot-long marble promenade lined on both sides with 12 pairs of lions carved in the Hittite style, symbolizing power and peace. The massive Ceremonial Plaza can accommodate 15,000 people on a multicolored travertine marble floor depicting Turkish rug designs. Columns frame steps leading up to the marble tomb, and each of 10 symmetrically arranged towers represents an ideal that influences the nation: independence, peace, victory, reform and the like.

Inside the monument, a museum chronicles the emergence of the Republic and illuminates Atatürk’s life. A section on the 1919–1922 War of Independence contains weapons, documents and panoramic views of the battlefields with three 100-foot-wide wall-sized dioramas depicting significant battles. The three-dimensional pictures of flaming fortifications, exploded tanks, barbed-wire barriers and wounded soldiers are enhanced with dramatic sound effects of screams and cannons firing. 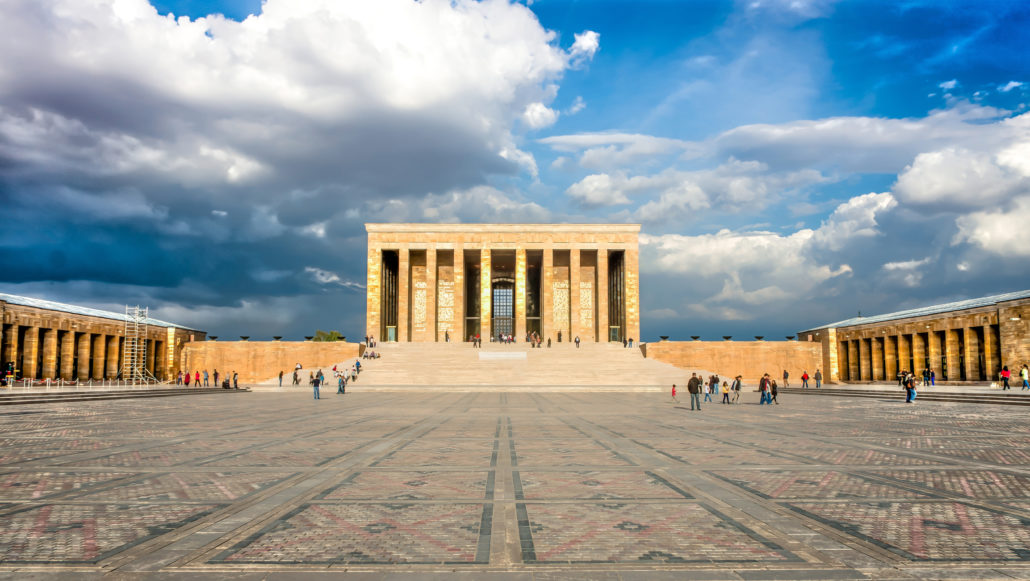 You’ll find various aspects of Atatürk’s life and legacy depicted in a series of niches. Along with official treaties and documents, you can view a large collection of Atatürk memorabilia and paraphernalia including his tuxedo, rowing machine and Cadillac car, plus jewel-encrusted swords and gifts from fellow statesmen. A gift shop at the exit sells Atatürk key chains, paperweights, daggers and copies of his books. Turks retain a strong reverence for Atatürk, and as many as a million people a day file through the monument to express their respect. Every hour on the hour in the main courtyard, visitors crowd around to view an elaborate changing of the guard. Soldiers decked out in metal helmets and military uniforms colorfully wield their rifles in precision maneuvers.