Museums In and Near Nice, France

When people ask why I keep returning to the south of France, I always reply: There are other places in the world with scenic topography, comfortable weather, beautiful beaches and even great food. The French Riviera is the one where museums show work from an impressive array of my favorite artists, alphabetically from Arp, to Bonnard, Braque, Chagall, Dufy, Giacometti, Leger, Matisse, Miro, Picasso, Renoir, Signac and Seurat to van Dongen. These 10 small, easy-to-maneuver museums in and near Nice can be enjoyed in an hour or less, the perfect length of time to introduce young people to the great artists who lived and worked on the Cote d’Azur.

One caveat: Check les horaires, because days and hours vary (some museums even close for lunch). And, purchase the French Riviera Museum Pass if you plan to visit more than a few; it offers unlimited free priority access to most regional museums, monuments and gardens.

The Musée Bonnard is dedicated to the appealing paintings by French artist Pierre Bonnard, who lived in Le Cannet 1922–1947 and whose work reflects the light-filled landscape of the region. The museum is within a modernist mansion on a major street between the sea in Cannes and the autoroute in Le Cannet and near hotels there. On Wednesdays, there are workshops for 5–12 year olds; in addition the museum showcases exhibits — until November 2019, there are works by Impressionists and Pre-Impressionists.

The Musee Matisse — within sienna-colored, 17th-century Genoese villa — is the largest collection of Matisse work in the world and showcases the artist’s personal collection, his most famous canvases, sculptures, drawings, engravings and an amazing wall of gouache cut-outs. The villa is reached within the Arènes de Cimiez park, in a swank residential neighborhood in Nice off Boulevard Cimiez. 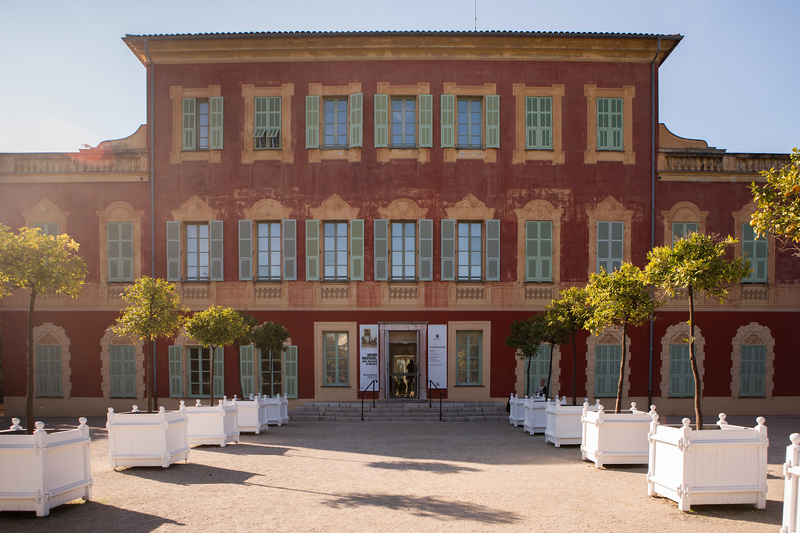 Marc Chagall, the Russian artist, lived on the Riviera near The Musee Chagall. The museum beautifully exhibits more than 400 paintings and is the largest public collection of his works. On permanent display are “Le Message Biblique,” which comprises seven large paintings illustrating Chagall’s vision of the Old Testament, plus there are sculptures, stained-glass windows, sketches and representations of true love. (If there’s an artist who expresses love more adoringly than Chagall, introduce me.)

Matisse began the greatest project of his life, the Matisse Chapel, at the age of 77 and obsessed with it for four subsequent years. The small, hillside building is unassuming; once inside, stark white walls and multicolored, stained glass windows that reflect the yellow sun, blue sea and green vegetation of the Riviera in glass and light are mesmerizing. The black line drawings on white walls, minimalist furnishings, colorful murals and custom-designed vestments are considered the greatest religious commission of the 20th century. Matisse himself considered it his masterpiece.

This house museum, the Euphrussi Rothschild Villa & Gardens, is a hilltop estate on the exclusive Cap Ferrat peninsula. It’s a grand, over-the-top manse, embellished with furnishings, sculpture, painting and an impressive porcelain collection; it boasts a multitude of specialized (now organic) gardens, ponds and extraordinary views of two prestigious harbors: Villefranche and Beaulieu. Children can explore garden paths, delight in musical fountains, reflect in a Temple of Love, walk along a waterfront promenade, shop in the gift boutique and, possibly, lunch in a tea room café or outside on its terrace.

Fondation Maeght, a private foundation, is an architectural marvel hidden within a wooded park near the entry to the walled perched village of St. Paul de Vence. The museum hosts temporary exhibits and permanent displays, many created by artists to complement the architecture and topography: a Braque stained-glass window, a Giacometti Courtyard, a Chagall Mosaic, a Miro Labyrinth and a sculpture garden with works by Arp, Calder and Leger, among others.

Biot is a picturesque and popular medieval, hilltop village near Antibes that’s rich in fine clays, sand, manganese and even volcanic tufa (for making the kilns). The town has been a source for pottery production since antiquity. Currently, it’s best known for its glassworks, where kids can watch glass being blown and for the bright, bold, colorful artwork and sculpture garden at Musee Fernand Leger.

Visitors to Musee Picasso couldn’t ask for a more scenic location to view Picasso ceramics, paintings and sculptures than in the rooms — and on a sculpture-studded terrace overlooking the Mediterranean — at the 14th-century Chateau Grimaldi, in Vieux (Old) Antibes. Among the 245 works on display that the artist donated to the city are 23 paintings and 44 drawings Picasso created when he worked within the chateau in 1946. Arrive early, so you have some time to spend at the daily market just footsteps away before it closes at noon (1 p.m. in summer). Picasso lovers also visit the national Musée Picasso La Guerre et La Paix (War & Peace) located in nearby, Vallauris. 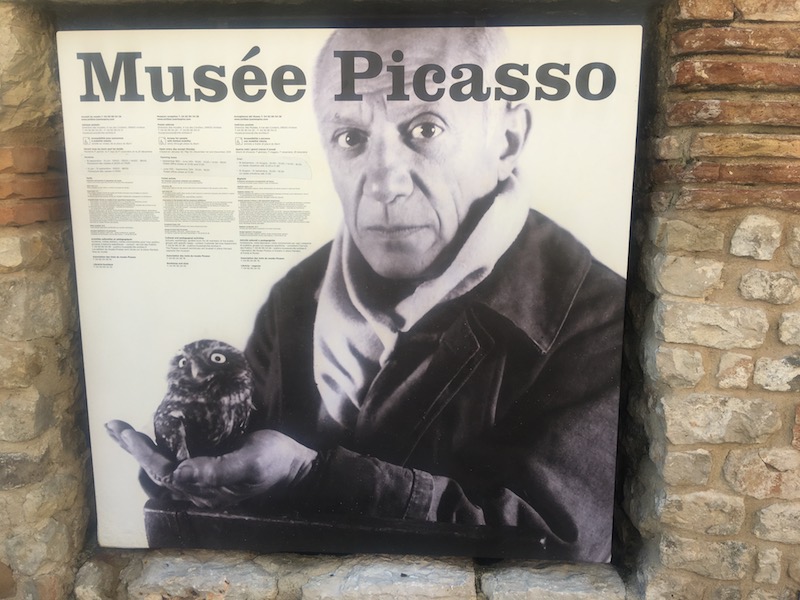 The Musée de L’Annonciade is a teeny museum within a privately converted, former 16th-century fishermen’s chapel on the port in Saint Tropez. Under an arched ceiling and between arched windows, the walls come alive with works by Signac, a St. Trop resident, and the friends whom he invited to the village. Among them are the 20th-century avant-garde artists Bonnard, Braque, Derain, Dufy, Matisse and Seurat. My favorite work by Signac is a painting of the sailboats in the harbor displayed next to a window that frames the same port scene.

Renoir’s former home in Cagnes-sur-Mer, the Domaine des Collettes, features no original paintings by the artist; yet, it’s a house museum, for sure. From his hillside home within an olive grove, there’s a panorama view of Cap d’Antibes. Within, there’s his original décor, with his furniture, including his easel and wheelchair. If you enjoy Renoir’s paintings, it’s moving to see his studio, still furnished with the accessories and props familiar to anyone who loves his paintings.