Sometimes museums toe the line between outrageous, cultural phenomena and whatever will make Insta-worthy posts. Whether you decide to put these on your must-do list or are just stopping by, these museums are sure to be a highlight.

Sure, Iceland has its Vikings and its puffins … but it also has the Icelandic Phallological Museum, commonly called The Penis Museum, to boot. Size certainly does matter here, and visitors are encouraged to compare and contrast six specimens belonging to 17 different kinds of whale, one from a polar bear, 36 specimens from seven kinds of seals and walrus, and more than 100 specimens from land mammals.

The Hair Museum in Avanos, Turkey, a small town in the Cappodocian area, isn’t geared toward the bouffant or feathered bangs, but instead toward the practice of giving a lock of hair to remember one by — an estimated 16,000 women have done so, as a matter of fact. The pottery center and guest house has been open as a Guinness Book of World Records-listed hair museum since 1979; visitors wander to the cave-like room with “specimens,” started with a donation by a friend of the potter, who said she wanted to leave a reminder of  her stay. 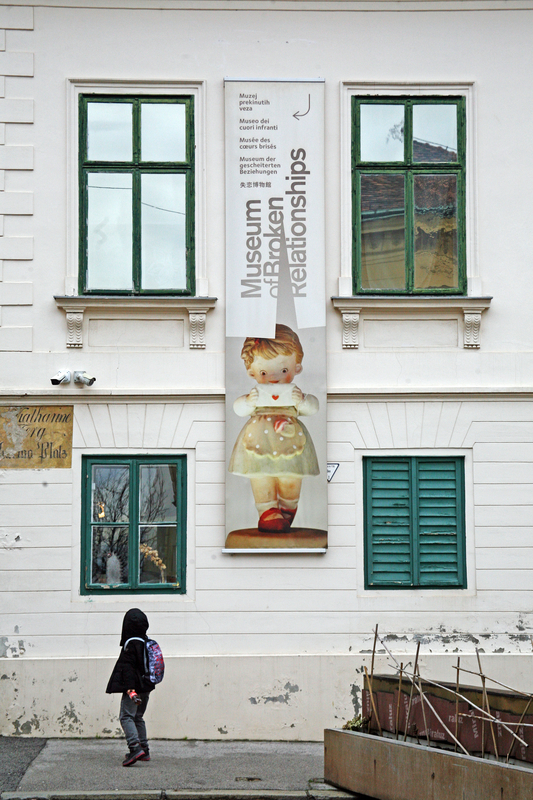 Sanitation activist Dr. Bindeshwar Pathak says he started the International Museum of Toilets in Delhi to spotlight his country’s need for better plumbing practices, but most of the headlines have gone toward silver and gold toilet pots used by Roman emperors, a reproduction of one used by King Louis XIV, and an exhibit detailing the evolution of the urinal.

One of the most important factors for inclusion at the Museum of Bad Art is the work or sculpture must not be boring. And there’s plenty of tongue-wagging pieces to discuss at its location at Somerville Theatre in Somerville, Massachusetts, the hipster city adjoining Boston. In fact, getting there is cheeky and a metaphor — it’s on the way to the restrooms in the basement. From landscapes to pet portraits and “noods” (nudes), there’s plenty here that seems like it compiled the best of the best from local yard sales. Who needs popcorn?

The Museum of Broken Relationships was born when its founders … you guessed it, broke up. Olinka Vištica and Dražen Grubišić called it quits in 2006 but were wondering what to do with a token of their time together — a unique wind-up toy. And thus, the museum of heartbreak and angst was born in beautiful Zagreb, Croatia (with another outpost now in Los Angeles). Completely crowdsourced, objets d’art include old cell phones and clothes, of course, but also items as unique as garden gnomes.

People need a “chance to get some well-needed rest, relaxation and fresh air.” This is a sentiment we all likely share, as does the European Commission, the executive branch of the European Union. The EC included that phrase when it released its plan to help reopen Europe following the COVID-19 global pandemic. While most EU borders remain closed to international travel until at least mid-June, the EC’s plan starts with inter-Europe travel, and are non-binding recommendations and guidelines. European countries still have the final decision, so travelers are advised to check the restrictions of the countries they plan to visit. According to the EC, “blanket restrictions of free movement are replaced by targeted measures.”