It turns out “Halo” is much more than a Beyonce song — the word for “salt” in Greek is getting as much buzz in the spa-trend world as a certain Supreme Court nominee on Twitter. Salt cave spas turn down the lights and turn on the detoxification rituals, in many cases plunging participants into a darkened environment with man-made stalactites, reclining chairs and inhalation of Himalayan and Dead Sea particles.

Founded by Agnieszka Drygala, born in Poland, Williamsburg Salt Spa was one of the first salt caves in the United States. During 45-minute therapeutic sessions, clients sit in recliners in a shared space with spa music — and no cell phones or shoes. There’s also a float tank of skin-temperature water saturated in salt. Like the Dead Sea, floating is calm and there are no contact points, with no physical energy required to stay afloat, for a totally surreal and relaxing experience.

The largest underground crystal salt cave in North America is in Santa Barbara, where the cave room — kept at 72 degrees Fahrenheit and 40 percent humidity — has featured pink Pakistani salts since 2012. Besides the meditative sanctuary, there are monthly class rotations like Pilates, yoga, Tai Chi, sound healing and conscious breathing.

Touting the benefits of relief during allergy, cold and flu season, the Breathe Salt Rooms of New York (with four locations) offer dry salt therapy via shared common room, and one-person salt beds for a lie-flat experience. There are group wellness classes, and even separate kids salt rooms, so the little ones can play with pails, shovels and each other, making noise outside of the adult area while enjoying the therapeutic benefits of a day at the beach (inside, of course!). 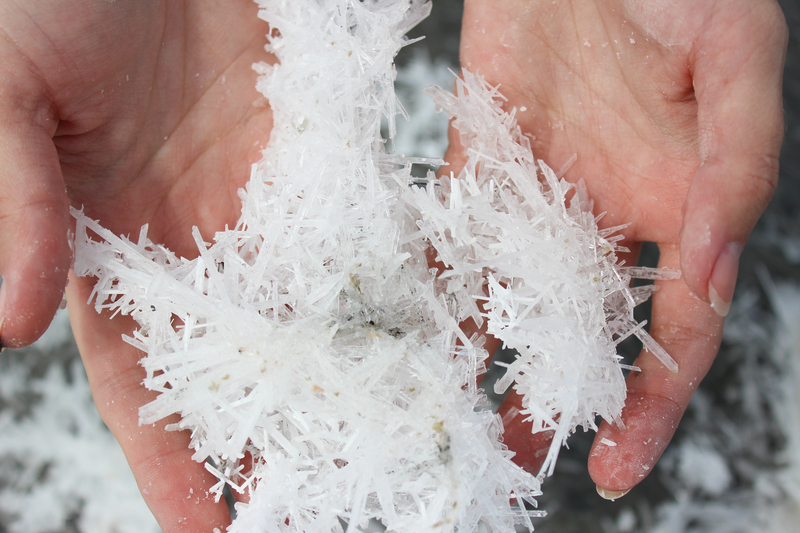 It might be hard to tear yourself away from the vistas of Lake Como, but at CastaDiva Resort & Spa, there’s an international vibe underground. Check out the Himalayan salt room, Turkish and Mediterranean baths, and Finnish and Swedish saunas in the 14,000-square-foot spa.

Let’s face it — after a few days in Vegas, everyone needs a little detox. Enter the spa at Aria, where the salt room features an illuminated wall of Shio salt bricks, salt lamps, spa music and vibration therapy. Access is included in the daily facility pass, which also includes the outdoor therapy pool, fitness center and heated stone beds.

Surely most are familiar with the Dead Sea’s restorative powers, but not too far away in Israel is Tel Aviv’s Bell Hotel. The Turkish bath, salt sauna and traditional salt treatment rooms all provide salt inhalation benefits. The spa was built from salt thought to be millions of years old and mined from 1,000 feet underground.

Many women in the United States don’t think twice about going to the store to purchase feminine products. With many options in brands, sizes, colors and even fragrance, we forget others around the world do not have such a luxury. Cora changes the way women receive products, providing a healthier, more sustainable way that is good for the environment and body.