An ancient story of a saint bringing Catholicism to Ireland — all while driving snakes from the land — is a rare excuse a party, but, luckily for us, Ireland found a way.

With a three-day festival filled with Guinness drinking, dancing, live music and the pinnacle of the entire event, the St. Patrick’s Day parade, March 17 is more than just a holiday in Ireland, it’s a family tradition.

Beginning at noon, green-clad festivalgoers parade from St. Patrick’s Cathedral to the Black Church, while crowds look on from the streets, drinking, dancing and enjoying the celebration. The spectacle can be observed from anywhere, but primarily O’Connell Street Bridge, famous for having the best view.

Dublin, Ireland, may be the St. Patrick’s Day hub abroad, but we have a pretty fair showing here at home.

South Boston, historically home to Irish immigrants, boasts a rich Irish-American heritage. Locals and tourists feel the green spirit celebrating St. Patrick almost as prominently as in Ireland. With such strong Irish roots and heritage, Boston has a lot to offer in terms of Irish culture with authentic music, dancing, Irish pubs and street fare.

On March 20, Boston throws one of the greatest Irish parties of the year with about 1 million people in attendance. Being the second-largest St. Patrick’s Day parade in the United States, just after NYC, this event does not disappoint. 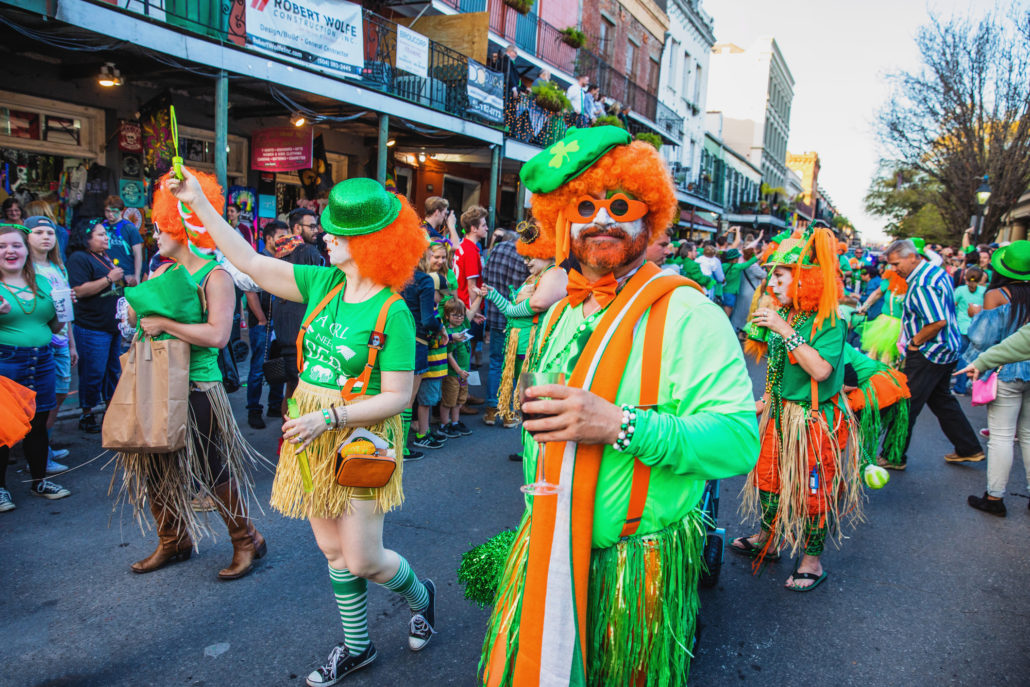 Even in the South, St. Patrick’s Day is a celebration to remember. Head to the St. Patrick’s Day party in New Orleans, La., and parade your way through the city’s famous party streets. The annual event brings locals and tourists to the city streets to celebrate the national holiday in style.

Set up a picnic with the family and watch the floats roll by, or enjoy live music and block parties lighting up all over the city. Dress in holiday green and watch as cabbages, carrots and moon pies fly from parade floats out to the crowd of onlookers.

Get the VIP experience in Denver, Colo., at The Dublin House. The upscale dining and traditional Irish castle ambiance are the perfect setting for watching the annual parade in style. Enjoy Irish-inspired drinks, fare and entertainment with the family in a lesser-known destination for St. Patrick’s Day fun.