The big draw of Verona, the charming city in Italy’s Veneto region, is snapping a photo in front of Juliet’s balcony (and rubbing the right breast of her bronze likeness for good luck.) No matter Shakespeare’s tragic character wasn’t actually based on a real person nor did he write the play here, the spot where wistful romantics imagine Miss Capulet uttered “wherefore art thou Romeo” draws in thousands of tourists each year. After your family has added the requisite shot to your IG stories, stick around for awhile, because Verona is way more than just a place for a photo opp en route to Venice. Here are six other experiences to check out:

Head to the lower level of the Benetton store in the heart of the city’s shopping district (Via Giuseppe Mazzini, 41). Among the displays of colorful layering jackets, sweaters and t-shirts you’ll find Roman ruins (including rare tile work) left undisturbed, making it all seem like the coolest, undiscovered museum you’ve ever been in. And unless you decide to partake in a shopping spree, admission is free! Try finding anything like that in a Hollister store at a U.S. mall. 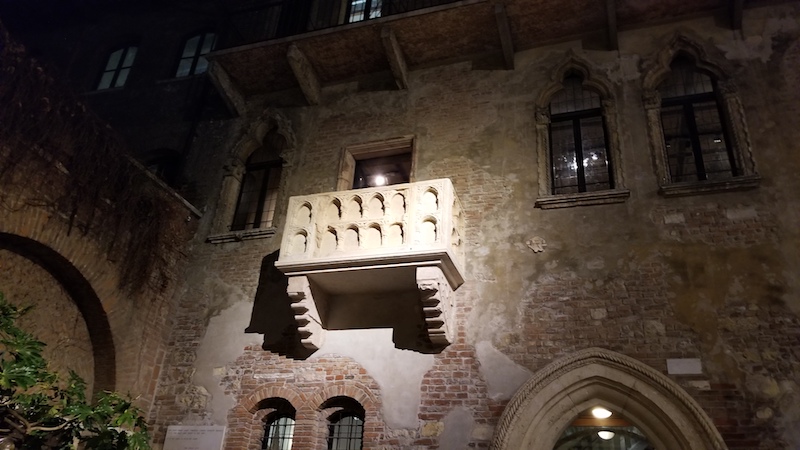 Tour the Verona Arena, constructed 50 years before Rome’s Colosseum and in way better condition. Built in 30 A.D. on a site that at that time was beyond the city walls, the amphitheatre could hold more than 30,000 spectators back then. The façade was originally made of white and pink limestone sourced from Valpolicella, but an earthquake in 1117 destroyed most of that layer. Still, it’s considered one of the best preserved ancient structures of its kind and is still used for shows and concerts. (And it’ll be the site of the Closing Ceremony if Milan/Cortina d’Ampezzo hosts the 2026 Winter Olympics.)

Make a wish as you walk under the mysterious whalebone hanging in the archway between Piazza della Erbe and Piazza dei Signori. The Whale Bone of Arco della Costa, as it’s called, has been suspended on an iron chain since the 1700s. Its origins are unclear — no one knows who put it there or why. People have theorized it’s an Israeli relic or a fossil hung up as protection, while cynics think it’s nothing more than a savvy marketing gimmick. 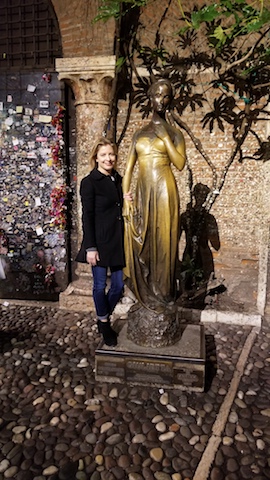 Look for prehistoric fossils in the shape of nautilus on the city’s streets and sidewalks. A lot of the construction in Verona is comprised from trachyte stone that dates back thousands of years and contains fossils of ammonites, now-extinct prehistoric invertebrates related to the squid or cuttlefish with skeletons in the shape of a nautilus. It never gets old to look for these when you are walking around town.

Sample all the charcuterie and other meaty dishes at Trattoria al Pompiere (Vicolo Regina D’Ungheria, 5). Order from the legs of prosciutto, speck and other dried delicacies, which will be freshly sliced and served. Follow it up with suckling pig, braised beef cheek and a bottle of locally made Bertani Valpolicella. Leave room for the tiramisu, which won an award for the world’s best.

Get lost among the bottles on the shelf (and in the pages of the the tome-like wine list) of Antica Bottega del Vini (Via Scudo di Francia, 3), the city’s most impressive wine bar. It boasts roots dating back to the 16th century and offers current, old and rare wines from the Veneto and beyond, including the region’s most famous style, amarone. If you are really lucky, one of the staff might just let you take a peek into the wine cellar; trust us when we say you’ll never see another one quite like it.

Americans’ Appetite for Travel in a Post-Pandemic World

With travel on hold right now, many Americans are eager to get out to explore the world, constantly looking forward to their next trip. Travel isn’t the only thing Americans are missing right now: Sporting events and concerts are canceled and theme parks are closed, leaving people itching for entertainment or adventure.

Taiwan’s Response to the COVID-19 Pandemic

Located just 81 miles off the coast of Mainland China, according to an IEEE Spectrum article, Taiwan was originally predicted to have the second-highest risk of a COVID-19 outbreak at the beginning of the pandemic. To date, Taiwan has only seen 440 total cases and seven deaths and is touted by many as having won the fight against the virus. How did they do it?