Must-See Sites in Tokyo For Families

Tokyo is one of those destinations that has so much for families to see and do that you may just have to make a second trip, but if you’ve only got one shot at it, make sure your family hits up these must-see attractions.

This home of the Emperor of Japan is located within a lush patch of greenery nestled inside of the bustling city. The Japanese Gardens on the surrounding grounds are not only beautiful, but peaceful and serene. Visitors can enjoy the palace grounds, the museum, the serene Japanese Gardens surrounding the palace and the Nijubashi Bridge, famous as the double bridge due to its perfect reflection from the water beneath it.

This Shinto shrine is dedicated to the Emperor Meiji and his wife, Empress Shoken. It is an excellent opportunity for the family to experience traditional Japanese architecture and, like the Imperial Palace, has an excellent museum and is surrounded by lush greenery.

This stunning temple complex was originally built in 645 AD (although it has been rebuilt several times) and remains to this day a stellar example of traditional architecture. Outside of the temple is an excellent place to shop for local handicrafts at the street market that occurs daily. Leading up to the temple, you will pass through two gates, including the Kaminarimon Gate with its enormous paper lantern with the words “thunder gate” inscribed in Japanese lettering. Here at the temple you will also see the famous incense vat where faithful visitors come to employ the reported healing powers of the incense smoke. 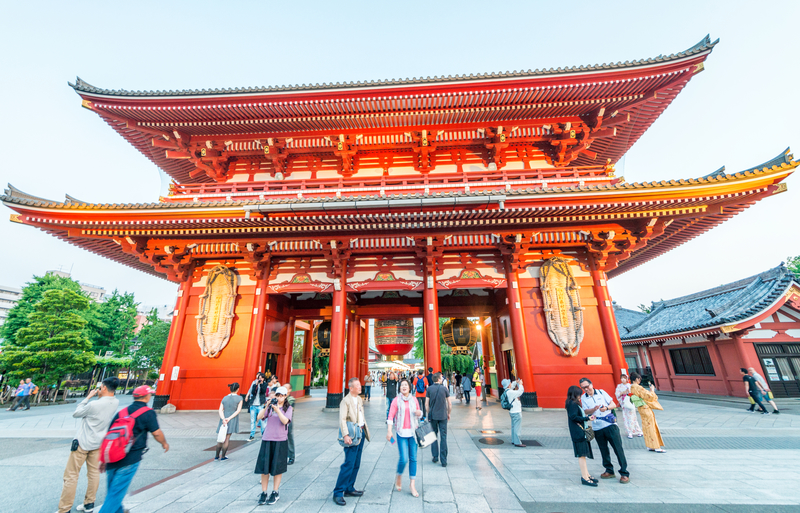 The Tokyo Tower and the Tokyo SkyTree

These two towers are both well-known landmarks in the city. The Tokyo Tower resembles the Eiffel Tower and stands in the center of the city as a symbol of the nation’s re-birth following World War II. It stood as the country’s tallest structure until the Tokyo SkyTree was built in 2010. At 634 meters the SkyTree isn’t just the tallest structure in the country, but it is the tallest tower in the world. Both towers have observation decks that give you a panoramic view of the surrounding city.

With so many wonderful outdoor sites to explore in the city it may be hard to spend a day cooped up indoors, but Tokyo National Museum is worth it. It is the oldest and largest museum in the country, home to a trove of national treasures of both historical and cultural significance

Whether the young adults or young professionals in your life are heading back to school, the office or some new version of normal, sending them off with something thoughtful is always in style. Check this list for something your loved one (or yourself) can use to ease out of the house with style.

Ever since travel began picking back up and travelers started returning to the skies, Delta Air Lines has blocked the middle seat option on all flights, and limited the number of passengers per flight. Delta Air Lines announced it will continue blocking the middle seat and limiting travelers through at least Jan. 6, 2021. Delta is hoping this extension will make individuals, groups and families more comfortable flying over the holidays.

Courtesy of Encore Resort at Reunion

Harvard Medical School released a study that mothers and daughters who take at least one trip together per year have less stress, stronger immune responses, decreased risk for heart disease and more. That’s right: It turns out spending quality time together provides benefits similar to sticking to a healthy diet and getting enough sleep every night. And, let’s face it, traveling is a lot more fun.