Sights to See in Bologna, Italy

While it may share the same name as the Oscar Mayer-brand deli meat you put on your kid’s sandwiches, Bologna is historically known as the capital of the Northern Italian region of Emilia-Romagna. Picture Medieval architecture, Renaissance-period art and a town square right out of a fairytale. 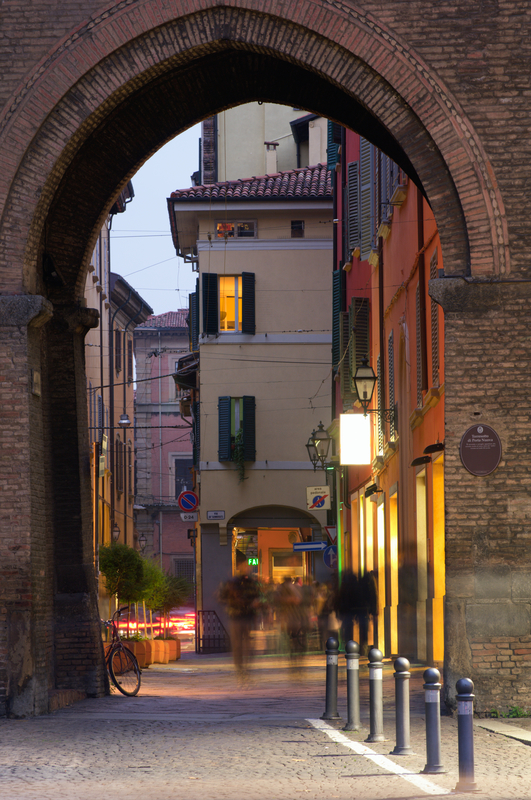 One aspect of Bologna that makes it a fun destination for families is its small-town feel. The winding city streets are typically quiet and lined with incredible architecture, small cafés and locally owned shops and corner stores. Nothing overbearing or tacky, just colorful stucco and old-world charm.

Located in the center of town, the Piazza Maggiore is the heart of the city, both literally and figuratively. Holding so much history, the square underwent many changes over the years and continues to attract tourists and locals as a community gathering point. It’s a must see while in the town and can be a meeting point for the family if you’re going different ways, or just a great place to start your day of exploration.

Just a stone’s throw away, the Basilica di San Petronio is a stunning feat of architectural design. Yes, it has some serious competition as Italy is filled with cathedrals, basilicas and churches to explore, but the pops of coral and gold leave a lasting impression.

Another must while in Bologna? Taking an obligatory family photo near the Fountain of Neptune. Originally commissioned by the Medici family, the fountain underwent many restorations to survive the times, but essentially dates back to the Renaissance.

High on a hill overlooking the city, the Sanctuary of the Madonna dii San Luca is a church worth the climb. While also a historic and beautiful place of worship, visiting the Sanctuary is a great way to get some steps in, view the city from above and visit the nearby lush greenery of the Parco del San Pellegrino. Stop for lunch at Vito a San Luca before hitting the trails, or just take in the view, both inside and outside the gallery.

For the shoppers in the family, get excited because options abound. Between the high-brow designer shops of Galleria Cavour and quaint street vendors of Quadrilatero, there is something for every budget and experience. 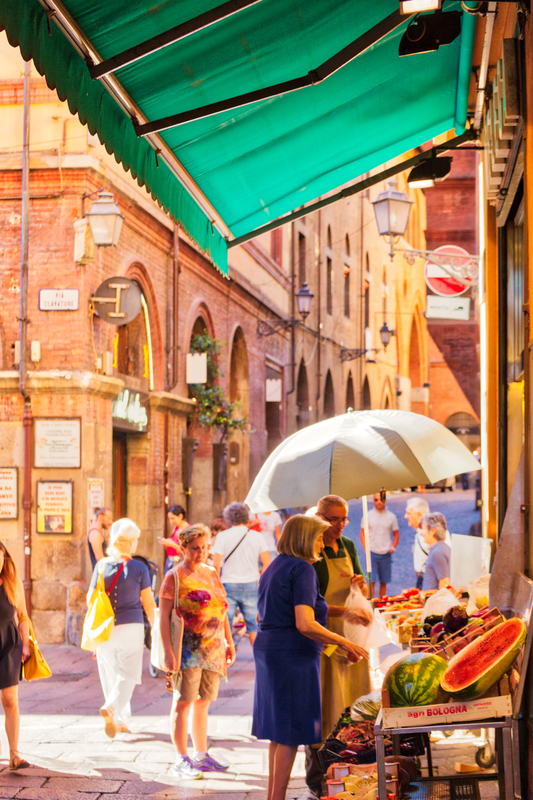 Use the expertise of a local and see the sights on a tour, or take yourselves through town based on interest. Each neighborhood offers something to see and explore, whether it’s culturally or historically significant, man-made or a natural wonder. Bringing the little ones? Check out the tourism site’s suggested locations for free attractions, babies and family-friendly tours.

While in Bologna, families looking to get more out of their trip may appreciate the close proximity to a variety of locales, including Modena and natural parks. The older kids may remember Modena from season two of Master of None, where the season opens in a beautiful, quiet and authentic Italian town brimming with homemade pasta and mom-and-pop shops.