The popularity of songwriter festivals continues to grow. Along with exceptional live music experiences, audiences are often treated to sessions with songwriters in a tradition that encourages them to share the fascinating and moving stories behind their lyrics.

Palm Coast Songwriters Festival, May 1–3, will showcase the works of artists, including Sarah Beth Terry, JR Ward, Steve Azar, Ira Dean, Bridgette Tatum, Casey Beathard, Leslie Satcher and James Slater. One of the many attractions of this particular festival is the chance to listen in small, intimate venues. Stages include the Hidden Treasures Raw Bar & Grill in Flagler Beach, Moonrise Brewery and Daytona State College Palm Coast Amphitheater. There’s also a general admission lawn, but seating is not provided. Instead, attendees should plan to bring their own chairs or blankets.

Key West plays host to the world’s largest songwriters festival, the 24th edition of the Key West Songwriters Festival, May 8–12. Hugely popular, this island-wide party regularly attracts top industry names. This year’s line up includes Liz Rose, Earl Bud Lee, Brad Paisley, Lee Roy Parnell, Even Stevens and Kylie Sackley, who will take to stages in a variety of local venues, including the Ocean Key Resort, Key West Theater, Schooner Wharf and the Smokin’ Tuna Saloon. While the majority of shows are free, some require advance ticket purchase. Check the website for details. 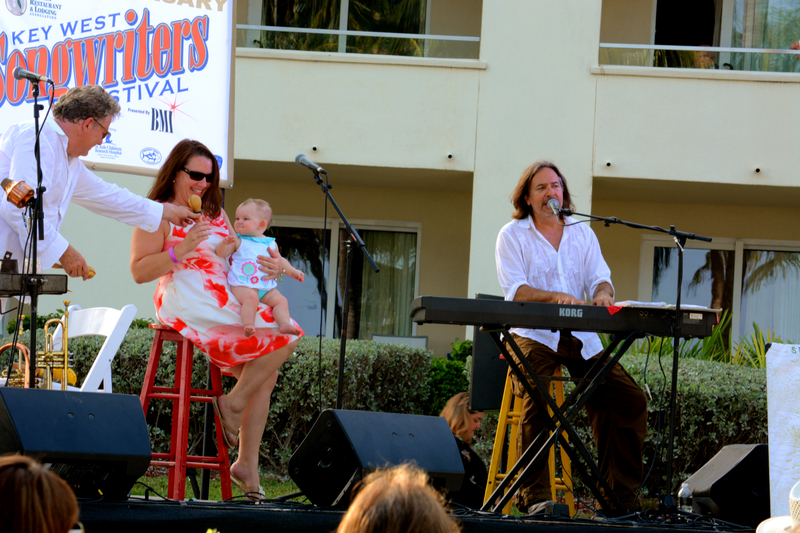 The annual Tin Pan South Songwriters Festival in Nashville, Tennessee, March 24–28, ranks as an annual favorite with both artists and fans, regularly drawing in around 300 songwriter participants. The first official festival took place in 1993, and past stages included historic and popular spots such as The Bluebird Café, Hard Rock Café Nashville, The Listening Room Café and The Local.

Always highly anticipated, the 30A Songwriters Festival takes its name from its location along Highway 30A in South Walton, Florida, and is offered each January. Pulling in big names such as Brian Wilson, Tanya Tucker, the Indigo Girls, Don McLean and John Prine — all of whom performed at the 2020 event — this annual Who’s Who of singer-songwriters has been in production for more than 10 years, and serves as the major fundraiser for Walton County’s Cultural Arts Alliance, a private, non-profit organization. Performances are staged in intimate spaces and big amphitheaters, allowing for a variety of musical experiences. Keep an eye on the website for announcements regarding the next festival, as tickets go fast and area lodging fills quickly.

Special Events and Activities in Greater Williamsburg to Look Out For

Finding inspiration from the Netflix movie Yes Day, Fairmont Mayakoba unveiled a Yes Day-Inspired Vacation Experience for families. Families can experience a range of activities for a day of fun. Encourage your family to say yes to all the fun on offer.

Vintage clothing always makes a great conversation piece. The fabrics, textures, colors and patterns all have a unique story of where it came from and who wore it before you. Visit these vintage stores around South Street in Philadelphia to claim some one-of-a-kind pieces to make your wardrobe pop.

Gaylord Hotels invites guests to experience the Summer of More. The brand debuts its summer programming beginning May 21, running through Sept. 6 at Gaylord Texan in Texas, Gaylord Rockies in Colorado, Gaylord Palms in Florida, and Gaylord Opryland in Tennessee. Guests choose from a variety of special programming and events, including aquatic experiences, culinary offerings, spa treatments, live entertainment and more.

An Upgraded Points study, conducted in March 2021 across U.S. residents of various ages (18 and older) and genders, determined which Disney World rides were most popular. The survey participants were asked to name their favorite ride overall from Magic Kingdom, Epcot, Hollywood Studios and Animal Kingdom, as well as their favorite ride in each specific park.