Where to Celebrate Valentine’s Day Around the World

While we all know (and have conflicted feelings) about Valentine’s Day, the holiday has quite a world history. The origin of the day varies by country, but the courageous (gory) St. Valentine’s variation we know resulted in the Feb. 14 tradition, still celebrated all around the world.

With cards, flowers and romantic dinners and surprises all the customary tradition in the United States, other parts of the world celebrate a little differently, some even celebrating families and friendships over romantic relationships.

While you’re helping the kids pick their friendly cards for class or vying for your own romantic gesture, think of all the ways you could celebrate around the world:

A relatively new holiday in Denmark, Valentine’s Day began in the 1990s when local young people began gifting both lovers and friends with white flowers. On Feb. 14, men give their sweethearts a poem called gaekkebrev, meaning “joking letter” typically written on intricately cut paper — much like a paper snowflake — signed with an anonymous signature using dots. If the receiver of the poem can correctly guess the sender, he or she wins an Easter egg later in the year.

Similar to the United States, the United Kingdom has some Victorian roots in the lover’s holiday. The centuries-old tradition dates back to an old-timey single’s party, complete with anonymous valentines as Victorians believed signing their name to the card was bad luck. The United Kingdom started the tradition of giving roses, traditionally seen as the favorite of Venus, the Roman goddess of love, and also heart-shaped cakes, candies and inexpensive gifts.

Valentine’s Day in South Korea is actually a three-day affair, celebrated Feb. 14, March 14 and April 14. Beginning with Valentine’s Day Feb. 14, ladies shower their partners with classic Valentine’s Day fare, including candies and chocolates. March 14, known as White Day, is when men return the affectionate favors, gifting partners with flowers and large gifts. April 14, it’s the singles’ turn on Black Day. Singles celebrate their relationship status with a bowl of jajangmyeon dark noodles — a bit dramatic, but ‘tis the season. 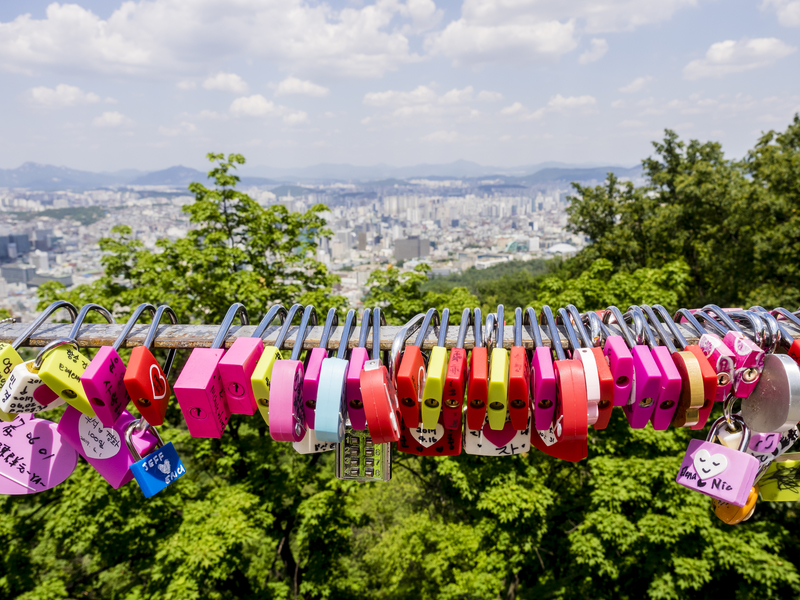 In Japan, women (again) make the first move on Valentine’s Day. They give the men in their lives gifts, and typically receive a gift back March 14. Recently, women in Japan are beginning to rebel against the Valentine’s tradition and skip it entirely, as the increasing expense of purchasing sweets and trinkets for male colleagues is becoming too much.

The closest holiday to Valentine’s Day in China is Qixi, the Seventh Night Festival. On the seventh lunar month each year, Qixi is celebrated by young couples going to temple to pray for luck and good fortune. Singles typically prepare fruit offerings to Zhinu for luck in love and good fortune.

Rather than celebrate love on Feb. 14, in Wales, residents celebrate St. Dwynwen’s Day on Jan. 25. St. Dwynwen is the Welsh patron saint of lovers and is celebrated with romantic meals, cards, small gifts and romantic gestures. Men traditionally gift women with hand-carved wooden spoons, based on the notion Welsh sailors carved designs into wooden spoons while at sea to bring back to their lovers at home.

While Brazil is busy celebrating Carnival this time of year, their Valentine’s Day, known as Lovers Day or Dia dos Namorados, is celebrated June 12.This tradition honors all loved-based relationships, including family members, friends and couples. Lovers celebrate by exchanging gifts, gathering for dinner and even music festivals.

In Slovenia, Feb. 14 is a bit more labor intensive than anywhere else in the world. The date is considered the best for field work, as St. Valentine is one of the patron saints of spring. Slovenians typically celebrate romance a month later on St. Gregory’s Day, which falls on March 12.

Finland and Estonia celebrate Friend’s Day, rather than Valentine’s Day (as we know it), on Feb. 14. The day is meant to honor friends as well as significant others. Friends, family, neighbors, coworkers and couples exchange cards and pleasantries, honoring the state of their relationship, whether it’s romantic or not.

Over in South Africa, hopeful romantics can wear a heart on their sleeve displaying the name of their loved one or crush on Valentine’s Day. Couples tend to celebrate with cards, candy and flowers.

No matter where or how you celebrate Valentine’s Day, or who with, it seems the holiday is up for interpretation. Mix it up this year and add a little international flair to your traditions — even if that means you choose the Japanese option of skipping it entirely.