Though Spain’s weather is pretty amazing any time of year, spring is especially lovely, and the perfect time to immerse yourself in magnificent landscapes with visits to some of Spain’s best outdoor destinations.

Spanning the towns of Daimiel and Villarrubia de los Ojos south of Madrid, Las Tablas de Daimiel National Park is an excellent place to view the large number of aquatic flowers and the numerous bird species that winter within, or make their home year-round, in this natural wetland ecosystem. Species include multiple types of Iberian ducks, great crested grebe, common grebe, black-necked grebe, herons and egrets.

At Casa de Pilatos Gardens in Seville, a palace built by the first Marquis of Tarifa in the 16th century, you can wander around a shimmering pond and along peaceful pathways bordered by greenery. Water from a central fountain splashes in the center of a Renaissance patio and the Great Garden — refurbished in the 19th century — boasts two loggias with a triple-arched arcade. The grounds also include the Pretorio, a smaller formal garden featuring a rectangular-shaped pond. 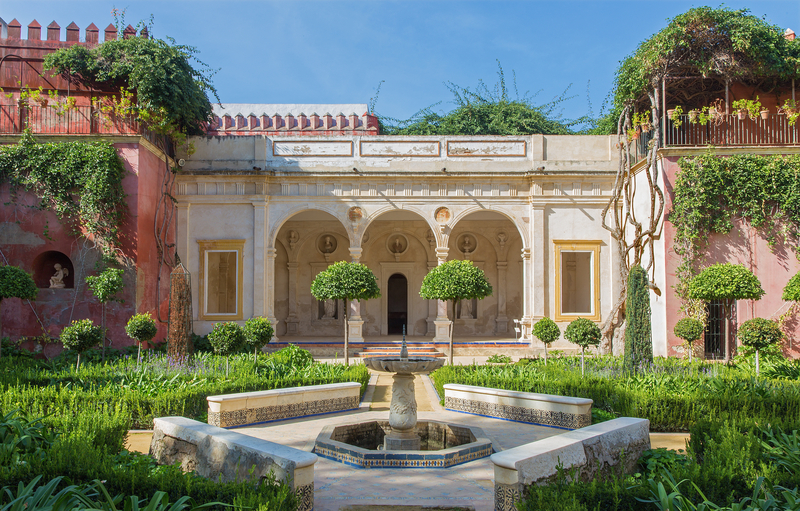 Designated as Spain’s largest protected natural area, the Sierras de Cazorla y Segura Biosphere Reserve is comprised of mountains, forests and rare species of plants — including one that’s carnivorous. All told, there are 1,300 cataloged species, with two dozen found nowhere else in the world. Visitors can also keep an eye out for Spanish ibex, wild boar and mouflons, a sub-species of wild sheep with flamboyant, curved horns.

Nearly 40 acres of flora and fauna are on view at the Atlantic Botanical Gardens of Gijón. The gardens are a sort of living museum, divided into zones displaying native species from specific national regions, the history, purpose within the natural environment and how humans utilize each. The Atlantic Path showcases landscapes found in the North Atlantic, while the Cantabrian area houses plant collections from northern Spain. Other zones include the Island Garden and the Vegetable Factory.

Within the Sierra de Guadarrama mountains, Sierra de Guadarrama National Park provides habitat to around 1,000 types of plants, along with about 40 percent of all the animal species found in Spain. Popular as a destination for hikers and mountain climbers, the park offers a variety of terrains, including granite rock fields, pine forests, lakes and glacial cirques — natural valleys that resemble an amphitheater, formed through eons of glacial erosion. Hikers may pass what’s left of traditional shepherd’s cabins or the ruins of sheep-shearing stations found along the mountain slopes.