There are many wonderful things putting New Mexico on the map. With its capital city attractions and university, Albuquerque has a similar funky vibe to Austin. Taos is one of the West’s most esteemed ski destinations, and Santa Fe is a year-round wonderland of fine arts, fine dining and wellness destinations. In the southern end of the state, there’s always talk about Roswell, which, if nothing else, has a lot of kitsch appealing to sci-fi buffs and those who may be charmed by a main drag lined with alien-shaped street lamps.

Some residents of Ruidoso, population: 10,000 will be polite when Roswell is mentioned while others may cringe. However, anybody you meet will present a strong argument Ruidoso is the real deal when it comes to doing New Mexico like a local. It’s got a palpable Texas twist (thanks to the influence of full-time transplanted entrepreneurial types from Austin, Houston and Dallas metro) as well as uncommonly affordable skiing, reasonably priced “cabin” lodging options, proud mom-and-pop eateries, unspoiled natural settings and a quirky Midtown neighborhood “main street.” This is New Mexico unplugged, free of pretense. but rich in substance. 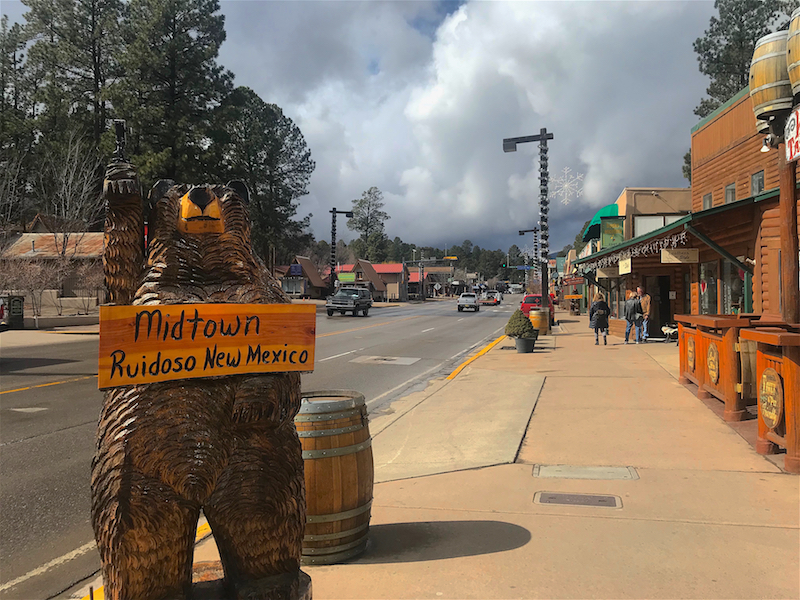 This diamond in the rough at the southernmost end of the Rocky Mountains takes effort to reach as it is about a three-hour drive from both El Paso and Albuquerque. White Sands National Monument (45 minutes outside town) is a worthy stop, if you fly in via El Paso (ELP), or a special side trip as brings the diamond analogy to light with its sparkling gypsum sand and solitary setting. As you would expect from a national park, it also has buildings housing historic information, information-packed sign posts and artifacts as well as a gift shop.

Once inside the Ruidoso area, the wonders of America’s mountain frontier abound at several delightfully folksy and decidedly low-tech attractions that preserve the local history’s spirit as well as its artifacts. These include The Hubbard Museum of the American West, Billy the Kid’s former stomping grounds in revived ghost town in nearby  Lincoln County, the historic and still-operating Ruidoso Downs racetrack, and Fox Cave with its gem mine exhibit and curio shop.

The many comfy-yet-nicely outfitted cabin compounds and motor lodges, with names like Story Book, Mountain Air, Forest Home and Shadow Mountain, favor Americana-flavored simplicity over ski resort luxury. The cabins are an especially welcoming sight after a winter ski day at the Ski Apache Elk Lodge, well managed mountain runs, lifts and a place to warm up between runs, or a rough-and-tumble tour of the area’s natural rock formations with wild and crazy (but safety-minded) guides from Back Country Attitudes Off Highway Vehicle Tours. 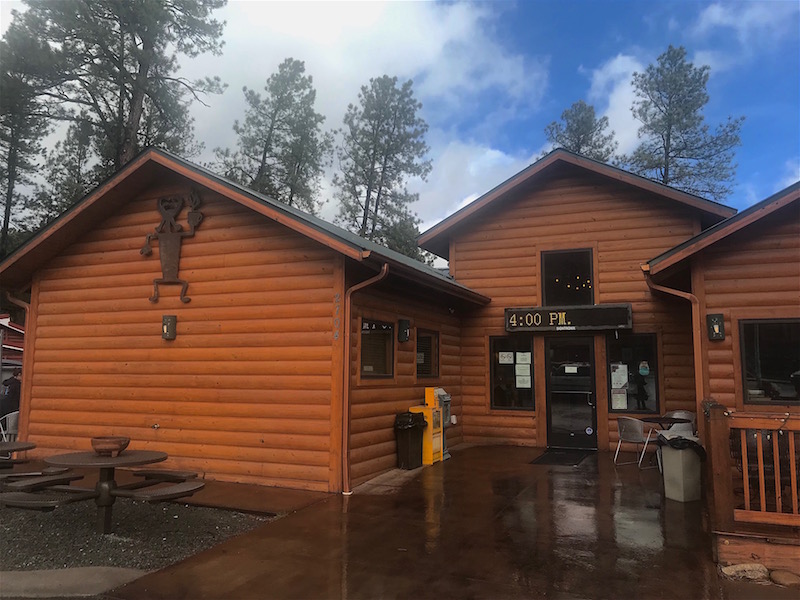 True to the spirit of other New Mexico towns, however, there is an arts and festival scene that balances out the rustic trappings. Beyond Midtown’s appealing silver shops and Indian art galleries, the most striking works can be found at the Hurd Gallery and the Honda Iris Farm. Spencer Theater showcases traveling Broadway theater productions as well as other kinds of shows and has an impressive permanent installation of sculptures by internationally renowned artist Chihuly. There are also numerous music and arts festivals throughout the year in Wingfield Park (near the Midtown shopping district along Sudderth Drive). Some of the area’s craft breweries and restaurants will also showcase regional bands and musicians.

In Ruidoso, homespun fare dominates the food landscape, even though each owner brings his or her own progressive, global or upscale twist to comfort food. Cornerstone Bakery epitomizes the term “family diner,” as it is not just family-owned but also goes out of its way to give kids a hands-on experience — crayons and coloring placemats are replaced with flour, dough and baking implements to keep them entertained until aromatic baked goods and grand country-style breakfasts arrive at the table. Other essential places to dine includes the just-opened Circle J BBQ, featuring a most exceptional beef brisket crafted over Texas Post Oak wood, local hangout Sacred Grounds, which has a nice performance space, and the wonderfully eclectic at Rio Grande Grille and Tap Room that spins steakhouse staples, Tex-Mex and a few European influences into flavorful and fresh creations.

Before family travels involve a little one, opt for a babymoon at Sheraton Maui Resort & Spa, which completed a multiphase renovation in January 2020. The resort’s newest offer ensures expecting parents will find a relaxing, oceanfront getaway before the bundle of joy arrives.