Thanks to Pike Place Market, Beecher’s Cheese and premium coffee, Seattle was a grown-up food lover’s destination years before the word “foodie” was coined. This fall, Thompson Seattle is breathing new life into its stalwart status as a food town. While it is, understandably, taking advantage of neighboring Pike Place Market as a perfect base camp for some of its food tours, it is now thinking outside the market in a number of ways. 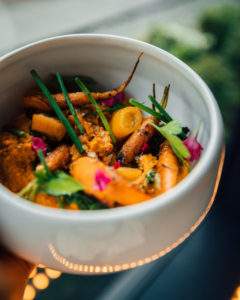 On Sept. 6, for example, it staged Thompson Seattle at Wild Bites at the Woodland Park Zoo to raise funds for wildlife in the Pacific Northwest. The global-themed food festival will showcase the work of some of Seattle’s most popular chefs and mixologists, including Thompson Seattle resident bartenders Derek Simcik and Joshua Haddock. While events along these lines are regularly listed at the hotel’s website, it also hosts regular food tours headed by members of the food and beverage staff. 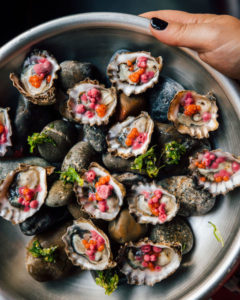 The Market Experience, offered for $100 per hour for up to four guests, is led by members of the concierge team for a bespoke tour of Pike Place Market. The Seattle natives uncover their favorite hidden gems of Pike Place Market, and recommend the freshest and most innovative selections among Seattle’s favorite local foods and drinks. These selections, in turn, will be packed into a complimentary Thompson Picnic set so they can be enjoyed back at the hotel, or weather permitting, at one of the city’s many parks.

Beyond the market, there’s Mingle with Mali, where this member of the concierge team provides guests the inside track on the “it” neighborhood spots over the course of 90 minutes ($125/person) for cocktail, innovative bites and ambiance. Other tours that take guests further out into the open include specialized tours such as From Tide to Table, where guests can forage for some of the region’s finest sustainable shellfish at Taylor’s Shellfish oyster farm and enjoy their finds on a seafood picnic along the shore, and Taking the Morel High Ground, presenting an ultimate Pacific Northwest experience foraging for fungi in the woods with a noted mycologist to mine for such rare finds as shaggy manes, chanterelles, reishi mushrooms, matsutakes, morels and even truffles. 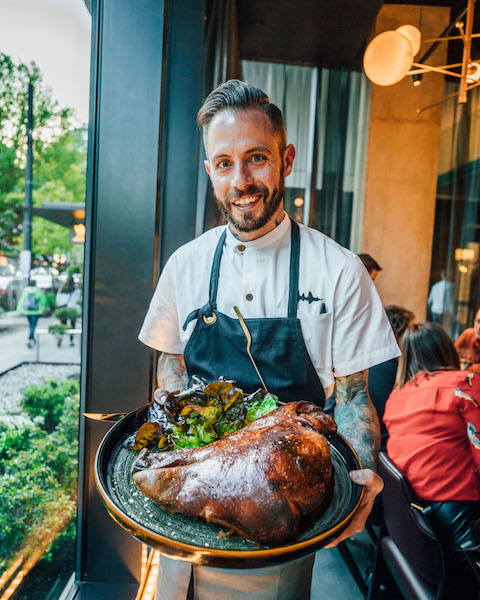 Under the direction of executive chef Derek Simcik, the hotel’s recently opened Conversation spins Seattle’s cash crops into a provocative dining concept that encourages guests to disconnect from their devices and reconnect with family and friends over thought-provoking cuisine that is both accessible and wildly imaginative. In addition to the imaginative menu, there are special theme dinners such as a multicourse tattoo-themed dinner and a hip-hop music dinner. Pastry chef Kate Siegel ends every meal with some of the city’s most beautiful and flavorful (and often interactive) confections.

Naturally, the staff will always provide inspired fine-dining recommendations. For example, depending on the guest’s tastes, they may route his or her group to Edouardo Jordan’s JuneBaby, named Best New Restaurant in 2018 at the James Beard Foundation’s annual awards ceremony, Emerald City hot spot Bateau, cocktail haven Damn The Weather or Canlis, whose chef, Brady Williams, took home Best Chef in the Northwest.

Today, Nov. 8, is National STEM Day. To honor the day, WonderWorks Myrtle Beach will host science labs throughout its building and is also accepting applications for its annual youth art contest.