If you thought the Rose Bowl was something, California has nothing on the Netherlands when it comes to Bloemencorso, the fragrant 42-kilometer festival route from Noordwijk to Haarlem. Twenty floats and 30 lavishly decorated cars (colorfully decked in tulips, of course, but also hyacinths and daffodils) parade annually for this colorful spectacle that also passes Keukenhof, one of the world’s most beautiful spring gardens. Open for just about two months out of the year, with mid-April being the peak, the grounds feature more than 7 million bulb flowers planted over 79 acres. It’s easily accessible from the bus and train stations of Schiphol, where the airport is located, or try renting a car to admire the coast of The Hague and Alkmaar in the north, where roadside flower fields are common. Hertz Europe’s NeverLostGPS includes travel guides, a language translator, and a portable mode to navigate where you’ve driven to on foot easier.

English gardens are in full bloom in spring, and in Great Britain, gardening is more an obsession than a hobby. The rural Cotswolds in south central England is filled with daffodils, in addition to violets and early purple orchids. Wildflowers fill the Cotswolds Walking Trail in early spring. 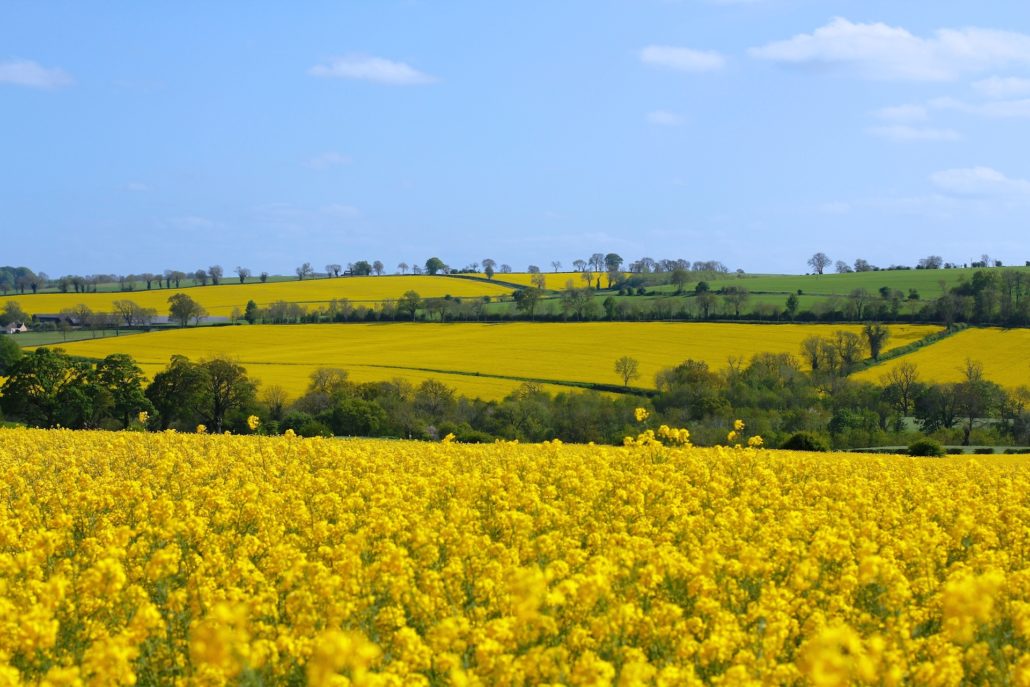 Tuscany is good for more than wine — like the full-bodied red varietals that abound here, roses of the same hue spring up in the season, a sign the grapes growing there are healthy as well. There’s a riot of color throughout the Italian hillsides, adding just a bit more to the dolce vita road trip.

Can’t make a springtime jaunt? No matter — Provence’s lavender fields are filled with ripples of regal purple and blue waving in the wind each June through August. The fields are fragrant, and ripe for the picking on a road trip including attractions like the Lavender Museum, Aroma’Plantes Distillery (specializing in medicinal plants) and Catherine Liardet’s lavender farm, where a nursery and garden yield more than 200 varieties.

Last month, we spent three sunny days (and one rainy hour) at Loew’s Miami Beach Hotel, where I hadn’t been for more than 10 years. This oceanfront resort is perfectly located in walkable South Beach, just one block from Lincoln Road, two blocks from the new eateries in Time Out Market, four blocks from the Convention Center and an easy walk north or south to all the must-see shops and dining spots lining Ocean Drive and Collins Avenue.

Adventure and History for the Family at Cape Fox Lodge

Deep in southeast Alaska on the fringe of Tongass National Forest in Ketchikan, Cape Fox Lodge is the ideal launching point for an edgy, sophisticated adventure. Shared spaces and private accommodations at the stunning lodge reflect the surrounding wilderness, from the beamed pine ceiling and river rock fireplace in the lobby, to local touches such as native art in each of the guestrooms, suites and detached lodges.