You want to know about the land you’re visiting but you’re not quite ready to learn about it on your own. Maybe you have small kids that wouldn’t cooperate for long. Maybe you have a hard time walking around or maybe you want the information but you also want your Zumba classes and your exotic flowers served poolside in a frothy cocktail. The only thing you have to choose is which hotel has the experience you’re craving to immerse yourself into and when you’re ready to move on.

If your family is into nature but you’re not sure if your kids would get lost in the hills, the Tenaya Lodge is a great way for them to see, be in and experience Yosemite National Park and still stay safe in the woods. Launched this August, guests of Tenaya Lodge can enjoy the brand-new, two-bedroom, stand-alone Explorer Cabins while still having access to the main hotel restaurants and amenities. When your family is ready to drop down into Yosemite National Park, Tenaya Lodge’s convertible, luxury shuttles can take everyone the two miles through the South Gate entrance to see El Capitan, Half-Dome and Bridal Veil Falls, all from the unobstructed view of the only open-air tour in the park. After your kids witness the climbers scamper around these stunning rock formations, they will be inspired to try it for themselves and they’ll be able to safely practice their developing skills at Tenaya Lodge’s new Kids Adventure Course. Guides will strap your children into a harness and cover their head with a hard-hat to teach them climbing skills along the ropes, bridges and logs, swinging in the wind. All from the harrowing elevation of five feet off the ground. 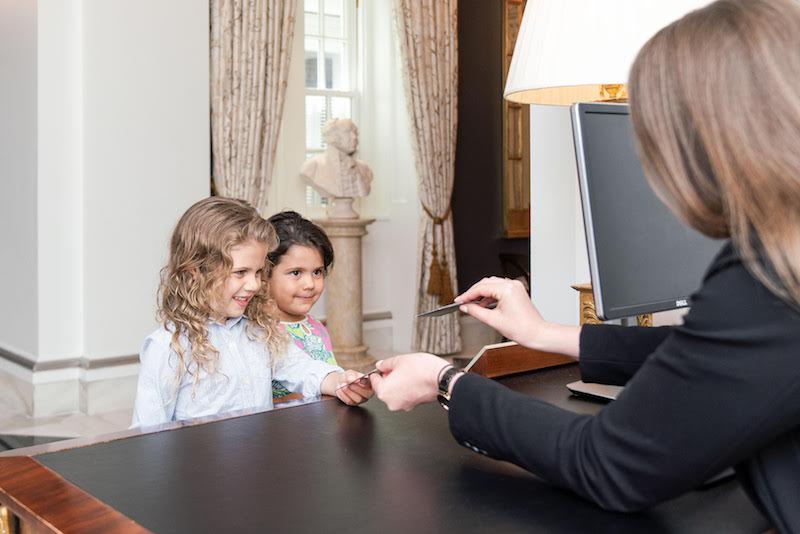 Adults who love history can pass that love on to their kids by introducing them to stories where the children played a central role in shaping the events. Washington, D.C., boutique, luxury hotel The Jefferson hired former Georgetown University professor Dr. Susan Sullivan Lagon to lead kids on a journey through U.S. history and discover the smallest movers and shakers. They’ll learn about Dr. Martin Luther King’s “smallest freedom fighter,” Sheyann Webb, who at 9 years old took part in the attempted marches from Selma to Montgomery to fight for voter rights. They’ll walk on the steps of the Supreme Court who heard the case of Gavin Grimm, a teenager who changed national law about transgender bathroom access. On the steps of the U.S. Capitol Building, they’ll see the statue of Lewis and Clark and learn about Sacagawea, a teenaged Native American girl without whom their mission wouldn’t have succeeded.

Little Einsteins and budding Marie Curries will love learning about the Lowcountry in South Carolina as guests of the Montage Palmetto Bluff where they can join working scientists from the Palmetto Bluff Conservancy in conducting various research projects around the 22,000 acres of surrounding land. Tasks vary seasonally, but in August, groups explore the marshes and survey wildlife under docks, check on bird’s nests and spot snakes. Visitors are also invited to attend the monthly lectures.

Stepping out of the United States and into Belize, families can channel what it was like to be a village shaman by joining an expedition to collect medicinal plants along a rainforest trail within the 17-acre property of San Ignacio Resort Hotel. Another day, mount a steed to cross the jungle the way the Mayans did until you reach the village of San Jose Succotz, where you’ll cross the Mopan River in a hand-cranked ferry. Then your pioneering group will gallop along the trail to climb the pyramid ruins of Xunantunich. Your guide will share stories of the ancient people as you walk along the stones with a soundtrack of wildlife vibrating in the background.

If your travels take you to the brilliant blue waters of the Caribbean, St. Lucia’s Marigot Bay Resort and Marina will provide you with just enough island life knowledge to make you feel at home among the Saint Lucian people. Drop the kids off at Zandos, a culturally immersive kids club that offers them exposure to local island activities like nature walks, dance lessons and storytelling. Hop on a yacht to visit the island’s only drive-in volcano and learn about the history that shaped the island from the resort’s cultural ambassador.

The postcard views of the French Polynesian islands might instead be calling so you won’t want to miss the technicolor landscape framing the traditions of Bora Bora. Stay at the Conrad Bora Bora Nui, set on the private island of Motu To’opua. Live like a local in an over-the-water hut and drink from a coconut you opened after your resort guide has shown you how. Your family’s education into island culture continues when you are shown how to properly tie their favored attire, the pareo, or sarong. Then, never miss a word after taking language lessons in the local Tahitian tongue. Finally, end your night around a bonfire after learning how to play the ukulele from resort masters. 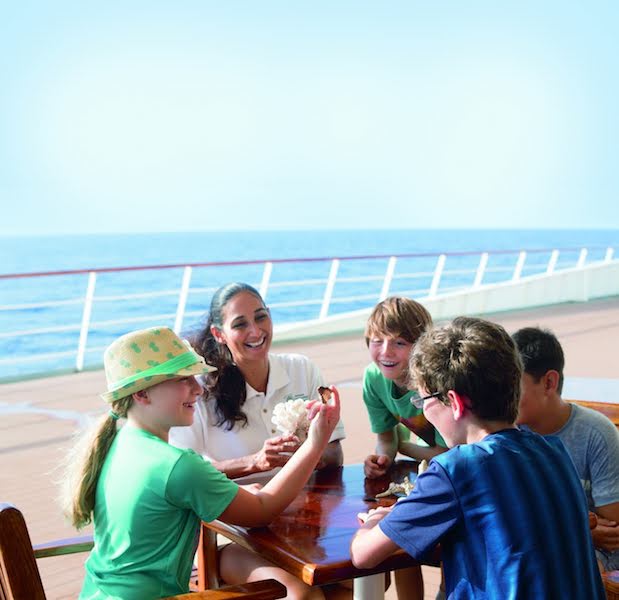 Another way to learn about the South Pacific is to set sail aboard one of Paul Gauguin Cruises’ itineraries, but you won’t have to worry about missing the one-on-one interactions with the people who live on the islands your sailing around because the staff of Paul Gauguin Cruises partnered with local marine education and conservation foundation, Te mana o te moana, to create the Moana Explorer Program, where children participate in daily naturalist-led activities that teach them about the French Polynesian islands. From making jewelry they find in the crystal-clear ocean, to conducting water experiments, this part science, part culture program will connect them to the parcels of land they will sail between on their maritime voyage.